Last year we provided funds to Water Harvest to create films to raise awareness of WaterHarvest’s mission by bringing what they do to life. We were delighted to find out that since the films were published, WaterHarvest has seen a significant increase in donations that are helping them continue their vital work. Working with the Matthew Good Foundation to create these films was included in Water Harvest’s annual report as one of the charity’s highlights.

Following on from the success of the first two films, we were pleased to support Water Harvest in producing a third film. This time we funded a film that describes one of the charity’s methods for harvesting rainwater, the Chauka system. 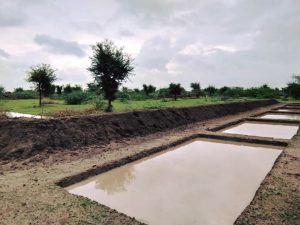 The Chauka system is a method for harvesting rainwater, typically used in arid areas that are subject to monsoon rains. Collectively, the low-height bunds work together like sponges, collecting the erratic, unpredictable rains and helping them meander down the natural, gentle slope of the land. 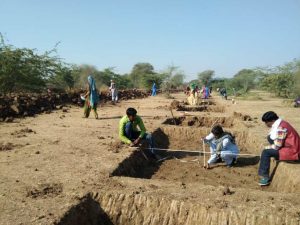 Water Harvest has been implementing these in Rajasthan, an area hardest hit by erratic monsoon seasons caused by climate change. The short film explains how they work and the huge difference they are making in Rajasthan.