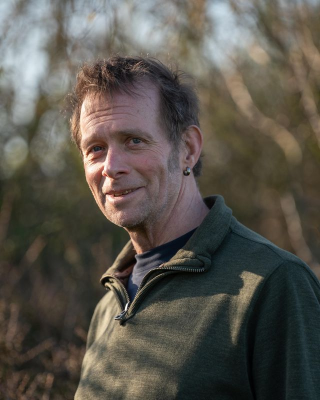 The Foundation recently donated £1,000 to Essex & Herts Air Ambulance, after they helped save the life of one of John Good Group’s Felixstowe employees, Paul Thody who works for Good Logistics.

A group of heroic strangers sprung into action and delivered life-saving CPR when forklift driver, Paul Thody, from our Felixstowe warehouse suffered a cardiac arrest in the street on the way home from work on Wednesday, March 17, aged 62.

Paul doesn’t remember much about what happened to him and woke up three days later at the Royal Papworth Hospital in Cambridge, after being given a second chance at life.

But what he does remember is that without the help of four heroic passers-by – Ollie Woodgate, Brittany Van Wezel and Doug and Lisa French and the air ambulance – he wouldn’t be here today.

“They saved my life as I was pretty much dead when they found me,” said Mr Thody, who was airlifted to hospital and had a stent put into his heart.

“I feel blessed and very lucky to be alive, and I could barely stop crying when I met them all. They did me such a big service, each and every one of them, and I will forever be grateful.”

By delivering CPR, they kept the blood flowing around Paul’s body until the first responder arrived, shortly followed by paramedics and the air ambulance.

Mr Thody was stabilised by teams at the scene and was airlifted to the hospital.

“Everything aligned for him that day as all four of us are first aid trained and he was very lucky people were around,” said Mr French who was one of the first to help Paul.

“It was really emotional to see him out of hospital and it just made us realise that tomorrow is not a given, life is so precious.”

Mr Thody is looking forward to thanking the four heroes when things open back up, with plans to take them out for dinner.

The Matthew Good Foundation is delighted to donate £1,000 to Essex & Herts Air Ambulance. The charity is not part of the NHS and receives limited Government funding, yet, this early intervention makes a dramatic difference to each patient’s survival.