Founded 8 years ago, Hull & East Yorkshire Powerchair Football Club gives disabled people who use a wheelchair or powerchair, the chance to play powerchair football at either a social or competitive level. This allows physically disabled people to play a fast-paced team game, something that most of its members have never been able to do. Most of the club’s members are people that can’t physically play sports like wheelchair basketball and struggle to find a team sport they can take part in independently. Although playing football is the reason the players get together, for some of the club’s members, attending the club is a way of getting out and about and away from the typical day to day troubles of living with a severe and often life-limiting disability.

The club is proud that they have around 20 players ranging from 8 to 40 and two teams; the first team and an academy team. The first team compete in the MDUK Championship National League in Nottingham, and the North East Championship Regional League. The academy team compete in the North East League 1 and the Yorkshire League Championship. The teams travel around the country to cities such as Newcastle, Leeds, Middlesbrough, and Nottingham. In previous years one of their players represented England u16s.

As well as playing powerchair football, players attend to socialise with other people who may have a condition similar to themselves and for their family or carers to network with others to talk about their daily struggles.

Funds from the Matthew Good Foundation will go towards purchasing a new Powerchair. Due to the cost of the chairs, being able to provide Powerchairs for its members is essential for giving everyone the opportunity to get involved and give Powerchair football a try. 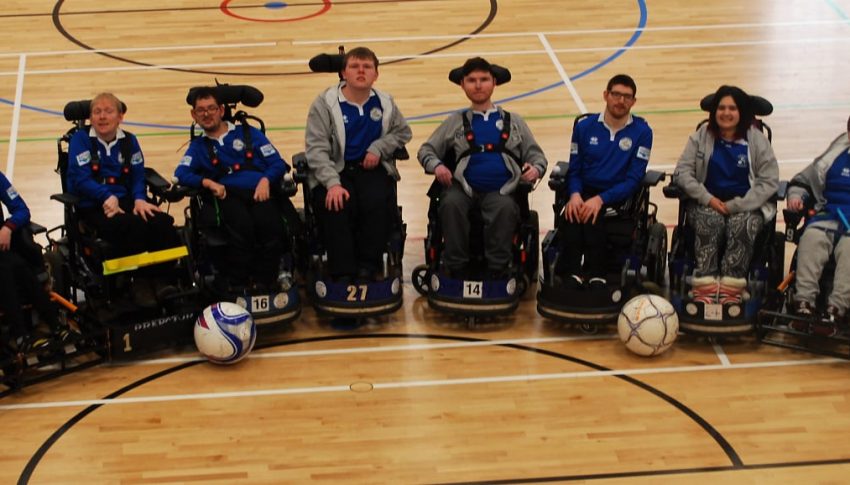 "This means so much to the charity; it will enable us to continue to achieve our charitable aims. Importantly, it would mean we can continue to give disabled people in the Hull & East Yorkshire region the chance to play football at both a competitive and social level. Also, this will enable their families or carers to have the chance to socialise with other parents/carers/families and have general discussions, so they don't feel alone in the society. Powerchair Football is so much more than a sport. It's a life-changer. We are one big community!"

"Kai has been involved in setting up the club from the beginning in 2012 after being inspired by the Paralympic games and the impact the club has on its members is clear to see. Kai explained that being disabled can be lonely for the person and also their families, and the club has created a community offering friendship and support which can be life-changing."