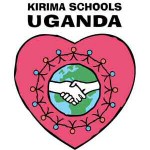 Matt was running to raise money to build a new classroom block at Kirima Parents Primary School in the Kanaungu Region of South West Uganda.

Due to the construction of a new road in the area of Kirima, their current classrooms will require the demolition. They need six new classrooms, a dormitory for the boys and a new assembly/exam hall. Rebuilding has already started but they need to raise £150,000 to complete the work as government compensation has not gone far enough.

The classroom block will be formally opened in Matt’s name at the beginning of the new academic year in February 2012. It is hoped the family will join John Rutherford for the opening. John has worked with Volunteer Uganda for some time and continues to provide support and fund-raising efforts. He is also a trustee of the Matthew Good Foundation.